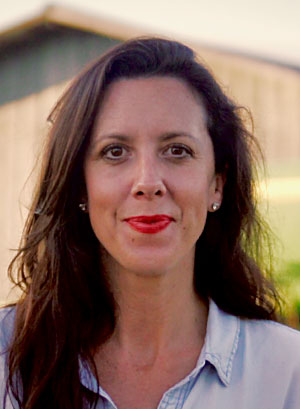 Christina Woerner McInnis is the CEO and founder of AgriTech Corp. and a major shareholder in Woerner Family Companies, one of the largest sod producers in the country. As the creator of SoilKit, AgriTech’s ﬂagship product, Christina has led product development from its earliest stages. After an initial proof-of-concept year in 2019, Christina founded AgriTech and ramped up hiring, product development, and sales for SoilKit. 2020 also saw the company receive its minority women-owned certiﬁcation from the Alabama Department of Economic and Community Aﬀairs. Under Christina’s leadership, AgriTech in its ﬁrst year of operation landed contracts with 8 lawn and garden distributors, one major land grant university, one big-box retailer, and dozens of landscape companies.

Christina started oﬀ in marketing at Time Warner and Auburn University. With her role at GulfWise Commerce, she completed an international agriculture transaction between the US and Cuba. She is a former Commissioner for The City of Orange Beach, active member of Orange Beach United Methodist Church and serves on various other community & civic organizations.